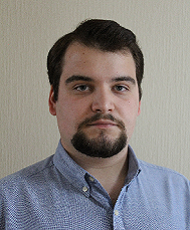 Socio-historical Research at Jagiellonian University: a “research assistant” in the project titled “the Conditions of Civil Society in Central and Eastern Europe”.

“Evolution of the South African Security Agenda before and during Apartheid”. Supervisor: Prof. Artur Gruszczak.

The key aim of this project is to formulate an explanatory analysis of the changes, which have been occurring within South African security policy since 1939 till 1989. The evolutionary study revises how were the factors of international and domestic policies as well as the ideological circumstances influencing the formulation and alteration of military strategy in South Africa before and during the years of Apartheid. The research is based upon the case studies of the major conflicts, which were involving South Africa directly or indirectly, starting with the Second World War and ending with the SWAPO insurgency in Namibia. The study is based upon the historical qualitative approach with the reliance on the primary archival materials of the South African government, speeches and personal papers of the politicians as well as on the reports of the Committee of State Security since 1976.

AIAS Global Governance Forum 2018 (Jagiellonian University) – Presentation on the Pakistani nuclear weapons and the terrorist hazard (title “Pakistani nukes in hands of terrorists. A threat to the outer world”)