Research success of the faculty of the Department of National Security 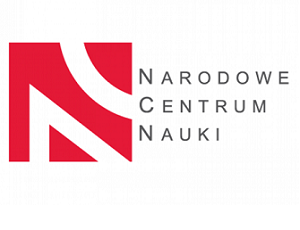 We are very pleased to announce that the members of the faculty of the Department of National Security of the Institute of Political Sciences and International Relations received two research grants from the Polish National Science Center (NCN).

The project’s departs from the recognition of the protocol as a hitherto underestimated concept, which has a significant explanatory power and a great potential for studying ontology and epistemology of security, primarily as an analytical tool for dealing with complex processes and phenomena through its simple formula, founding status, sharp analytical parameters and interdisciplinary reach. Based on the concept of the protocol, a protocolization theory will be developed to overcome cognitive barriers in social sciences and make a significant contribution to the understanding of security.

Doctor Mateusz Kolaszyński, an Assistant Professor at the Department of National Security, received a research grant under the SONATA funding scheme for researchers who have earned their PhD within 2 to 7 years prior to the submission of a proposal. Research funding was awarded to the project concerning the impact of the Constitutional Court on the legal framework for intelligence oversight in Poland. The project will be carried out in the Jagiellonian Center for Quantitative Research in Political Science.

The project aims to comprehensively examine the role of the Constitutional Court in the shaping of the framework of oversight of intelligence services in Poland after 1990. The Court, through articulation of constitutional standards, has been a guiding force for many of the major legislative changes affecting intelligence oversight and accountability. The argument is that the Court‘s overall impact on the system of intelligence law has been greater than that of many institutions with more direct responsibility for intelligence oversight, such as the parliamentary Committee on Intelligence. At the same time, neither the impact of the Court's jurisprudence on the field, nor its determinants have been systematically studied thus far.

Sincere congratulations and best wishes for a successful research!